Is Crypto Boosting the Rise of Renewable Energy? 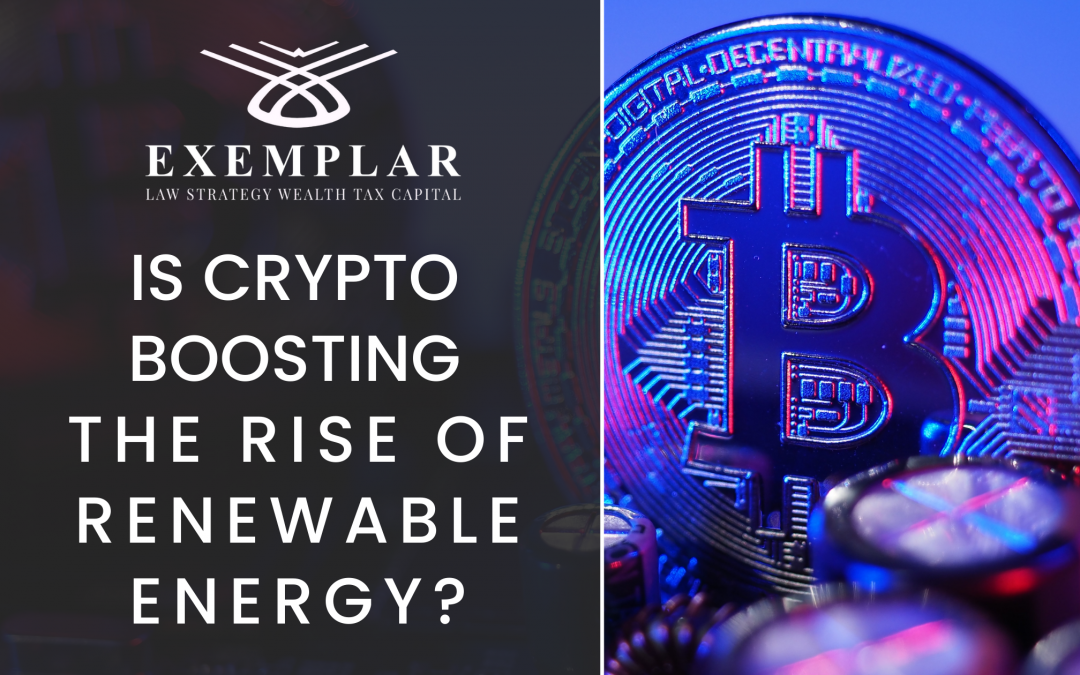 Is Crypto Boosting the Rise of Renewable Energy?

It may come as a surprise to some, but cryptocurrency, one of the most controversial energy consumers, is actually a key accelerator in the adoption of renewable energy. Crypto’s high demand for power has stimulated the exponential growth and development of environmentally-friendly alternative mining solutions.

What’s causing this to happen? When it comes to mining crypto, the industry leans on consensus protocols like proof-of-work (PoW) and proof-of-stake (PoS) to verify transactions. The PoW protocol requires significantly more energy to generate crypto than the PoS protocol, which by comparison is a healthier and less environmentally-impactful method of mining. The process of mining crypto can take a city’s worth of electricity, even outpacing some small countries. Bitcoin mining, in particular, uses the PoW verification protocol and costs millions of dollars in daily electricity use.

But blaming the crypto industry for contributing to environmental issues just because it happens to use a lot of power would be shortsighted. In doing so, one fails to take into account the positive influence the crypto industry is having on the renewable energy sector. Not to mention, other industries (such as those involved with video streaming) also consume tremendous amounts of energy but have done less than crypto companies to encourage resilience or sustainability. Data centers utilize more than double the electricity that Bitcoin does. The processing and storage of internet data by data centers—such as videos, images, and messages—require just under 200 TWh of electricity per year worldwide.

Of all the industries that consume large amounts of energy, the crypto sector is spearheading the movement toward more sustainable energy sources. Even Kevin O’Leary, who once called Bitcoin “garbage,” now posits that, “Bitcoin mining is going to save the world.” Simply put, the crypto industry is a key driver in the global initiative to develop new methods of generating renewable energy.

Proof-of-work and proof-of-stake represent the two consensus protocols that are used to generate crypto coins and they do this by fulfilling a few functions. Both maintain a blockchain, handle transactions, synchronize data, and validate information. However, they go about doing these things in different ways.

Proof-of-work is a process by which miners compete with one another to solve arbitrary cryptographic problems. High-powered computers are used to solve these complex puzzles and equations, consuming large amounts of energy in the process. The winning miner is rewarded for their work with digital currency, like Bitcoin or Ethereum. Among the issues with PoW mining are its inefficiency, its lack of scalability, and its vulnerability to hacking.

Proof-of-stake is another method for earning crypto coins. Miners put up as collateral, or stake, some amount of digital currency in exchange for the ability to authenticate (or validate) transactions, and their authentication power scales with the amount of currency staked. Transactions are assigned randomly, with the odds weighted more heavily toward those with larger stakes. This theoretically makes the coin-generation process more equitable, but it also means that the more coins a miner controls, the more mining power they have. Compared to proof-of-work, this protocol consumes significantly less energy, but it requires a large upfront investment that can make it less accessible.

Transitioning from PoW to PoS

Cryptocurrencies like Ethereum and Dogecoin have been transitioning from proof-of-work to proof-of-stake in an effort to curb energy consumption. With the move to PoS, Ethereum expects to use 99% less energy. Vitalik Buterin, the co-founder of Ethereum, spoke about his involvement in the initiative and noted that nearly all cryptocurrencies were likely to follow in his firm’s footsteps by eventually transitioning to PoS. Ultimately, cryptocurrencies switching from PoW to PoS to produce coins is a massive step toward lowering their energy impact.

Crypto was already Green as Grass

A good number of crypto miners have been using renewable energy for years. In 2019, renewables accounted for at least 74% of Bitcoin’s worldwide energy usage from inexpensive Chinese hydropower. Miners in the United States have since gotten on board with the “green Bitcoin” initiative. Recently, the New York Senate put a two-year freeze on all new PoW cryptocurrency mining facilities that use carbon-based fuel and facilities that do not use renewable energy sources.

Hydroelectric power is the most widespread source of energy for miners. Although miners tend to employ a mix of energy sources, hydroelectricity is used by roughly 62% of them. Coal and natural gas continue to be used, at least in part, by 85% and 36% of miners, respectively. Other popular energy sources for crypto miners include wind, oil, and solar, especially in states like Texas and Arizona, which tend to have better access to solar energy. In addition, miners can reuse the heat from crypto mining. Among the many potential uses for this recycled energy are greenhouse heating, dehydrating fruit, whiskey production, water heating (including heating pools and hot tubs), and space heating. For miners, the heavy computation provides a two-in-one benefit, since they can mine crypto and then use its heat for other purposes.

How is Crypto Boosting the Rise of Renewable Energy?

When cryptocurrencies first emerged and summoned the need for mining, the proof-of-work protocol was the go-to verification method, and it consumed a lot of energy. Miners soon realized the inefficiency of this method—it was costly and caused harm to the environment. As a result, a shift in the consensus protocol from PoW to PoS occurred, lowering the amount of energy that is required to mine coins by up to 99%. Not only have cryptocurrencies largely changed their protocols from PoW to PoS to lower their energy needs, but many miners are also using greener energy sources to do their mining. By using renewable energy like hydroelectric power, they’re reducing demand for fossil fuels. Despite popular conceptions about the industry’s high power usage, crypto has accelerated the development of renewable energy and is ultimately championing its use around the world, pushing other industries to do the same. 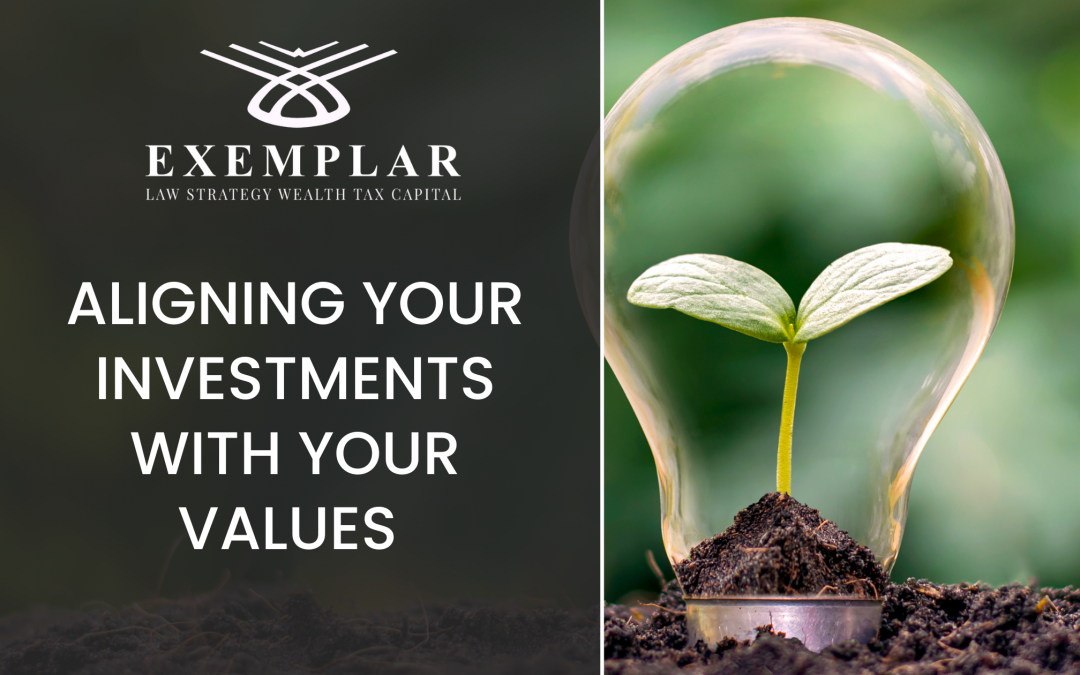 Aligning Your Investments with Your Values

Are your investments aligned with your values? If not, you have the opportunity to join an increasing number of investors who are putting their money where their minds are. A recent study from Charles Schwab found that when making a financial decision, 69% of... 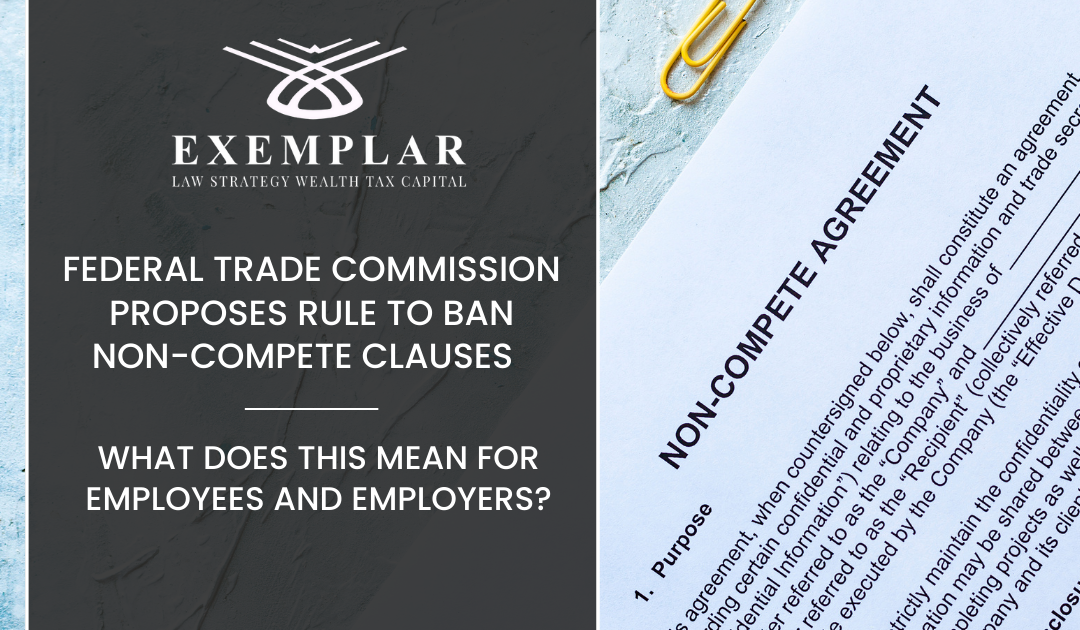 FTC Proposes Rule to Ban Non Compete Clauses: What Does This Mean for Employees and Employers? 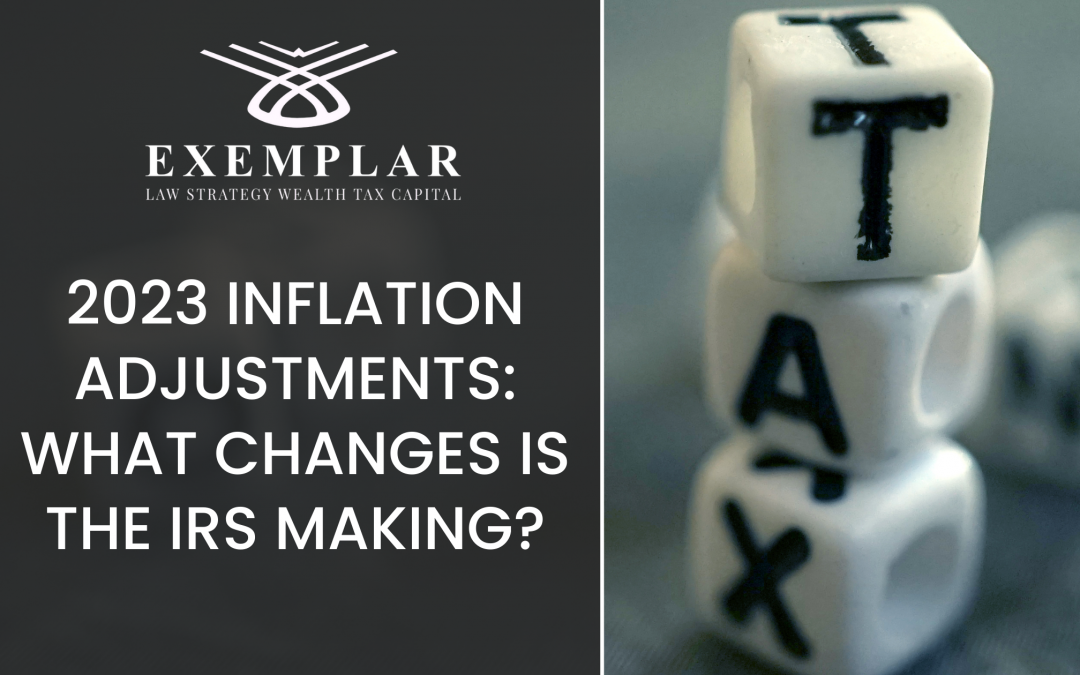 2023 Inflation Adjustments: What Changes is the IRS Making?

2023 Inflation Adjustments: What Changes is the IRS Making? It’s no secret that Americans have been squeezed by the rising costs associated with high inflation for the better part of a year. The effects of persistent volatility and declining purchasing power can be...