Censorship & Social Media: Attacks on the tradition of free speech are damaging to a free society 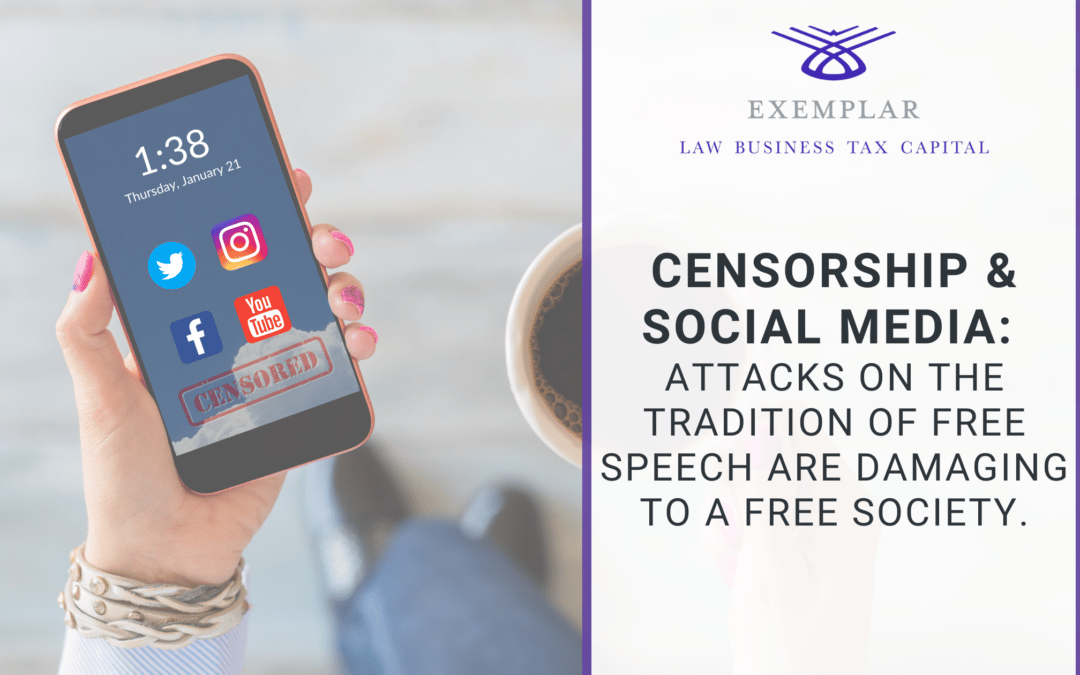 America was founded on the belief that all humans were created equally, and as Americans we have fundamental rights such as liberty, free speech, freedom of religion, due process of law, and freedom of assembly, which is articulated in the First Amendment of the Constitution.

At a time where freedom of speech seems to be under threat as social media companies continue to enforce censorship on their platforms, it is worth taking a step back to consider why freedom of speech is so important, and how it contributes to what makes America so unique.

“Congress shall make no law respecting an establishment of religion, or prohibiting the free exercise thereof; or abridging the freedom of speech, or of the press; or the right of the people peaceably to assemble, and to petition the government for a redress of grievances.”

The First Amendment was designed to protect individual rights and liberties of the American people. As Americans, we believe it is essential to understand and implement these founding principles and civic virtues. The First Amendment, which includes the right of freedom of speech, has been an essential freedom to the American people since it was signed into law in 1791.

Unlike many countries, America offers a rich tradition of freedom. Americans are free to express their ideas, even if those ideas are unpopular, unconventional, or even ones that are plainly un-factual (though in some cases, they may eventually be proven right.) Americans are thus free to participate in peaceful protests and engage in dissent through discussion and debate rather than through censorship and punishment. Justice Louis D. Brandeis established in his historic opinion in Whitney v. California (1927): “If there be time to expose through discussion, the falsehoods and fallacies, to avert the evil by the processes of education, the remedy to be applied is more speech, not enforced silence.”

Social Media has completely revolutionized the way people connect and communicate. Twitter, Facebook, and Instagram have changed humanity, being some of the most influential platforms to ever exist, and they have quickly replaced the “public square” for its convenience and reach.

Number of Users in the United States:

The applications enable its users to create and share content, or to participate in social networking with friends and strangers. Many Americans rely on social media to keep in touch with friends and family. Additionally, the rise in the use of social media has changed the information landscape in a myriad of ways, including the manner in which Americans keep up with current events. Social media is among the most common ways for people, particularly young adults, to get news and information.

In a society that highly values the protection of free expression, it has come a time to recognize and discuss whether the First Amendment should extend to the Big Tech giants such as Google, Twitter, Facebook, Instagram and YouTube and whether censorship on these platforms is fair.

In the past few months, we have witnessed the most serious threat to freedom of speech for all Americans in centuries. Big tech companies made news headlines by appearing to act collusively, through their concurrent action to suspend and remove the President of the United States, from Twitter, Facebook, Instagram and YouTube.  Some of the censorship included a speech that specifically called for hundreds of thousands at the capital protest to go home, and for those involved in the capital riot to stand down, creating a situation where the censorship itself may have prevented a critical means of calming the actions of rioters.   Following this, Big Tech went on to target thousands of user accounts, from Congress Members, News Channels, and tens of thousands of user accounts on account of what appears to be the most blatant and collusive act of viewpoint discrimination and ideological racism.

The government is subject to the will of the American voters and to rigorous checks and balances by the courts. On the other hand, many Big Tech companies have effective monopolies in their chosen marketplaces and have virtually no restraints on their power right now. Although Big Tech companies such as Twitter are privately held and presently have the legal right to choose what they want on their platform, censoring ideas and limiting freedom of speech is a dangerous precedent to set. To be blunt, limiting freedom of speech is a form of oppression, and these recent examples that impacts tens of thousands of Americans, amount to systemic ideological racism.

The marketplace of ideas is what allows all of us, regardless of race, religion, political views, etc. to have a voice without fear of government interference. What happens when the marketplace of ideas become scarce on account of technology companies that are so powerful, they aren’t afraid to go further than our government, and in particular when the public square has essentially been privatized?

Most Americans would rightly rebel against the idea that our own government might ever seek to censor free exchange of thoughts and speech in our country. Such advocacy was at the heart of the Civil Rights movement when oppression applied to one’s melanin color as opposed to one’s jersey color.  There are virtually endless examples across the world of perils of oppression of people through viewpoint discrimination and ideological racism.  (See Russia’s Alexei Navalny, Venezuela’s Juan Guaido, or the absolute disappearance in China and Hong Kong of voices that dissent with the CCP and communist regime.  The actions taken by Big Tech companies in the last few months should be incredibly chilling to the American people, as America seems to be reaching the same result as China when it comes to the Internet, just through private companies instead of direct government action.  However, with Section 230 protections against liability, does such a “hall pass” not constitute government funding or backing sufficient to consider their actions against speech government action?

This is not a partisan issue, every American should be terrified by the collusive power of technology companies silencing and censoring peaceful, even crazy sounding voices through mass banning of accounts. Every American should feel like their freedoms are at stake. Big Tech is sending a message “if we don’t like your speech and ideology, we will ban you.” Regardless of your political views, race or religion everyone should find oppression and intolerance to be incredibly scary and unacceptable.

What worries many at this time in history, is the slippery slope that wielding such unbridled power reveals about the ability of companies with significant government breaks in the form of liability protections and federal tax breaks (which might as well be considered funding) to further erode, oppress, discriminate, and eventually, eliminate.   Where does it end?  When does it stop?  Will it ever end?  Will it stop. . . .wait, STOP!

Arguably, the First Amendment is the most important to the maintenance of a healthy democracy.  As social media platforms continue to be a primary means of communication for many Americans, the collusive power of the Big Tech companies to enforce censorship and control what is published on the platforms could have daunting ramifications to our free society.  A famous poem by the Holocaust Memorial Trust rings in our mind:

Let us not assume that the entire German population of Nazi Germany were uneducated and unsophisticated.  Even smart people can be convinced that we are absolutely correct in a moment, without leaving allowances for doubt.  Without debate, discourse, free speech, we remove the means to later discover that truth contains complexity, perspective, and is seen through the beautiful and multi-colored lenses of those who is see it.

Free speech is a founding principle of our nation. It is not partisan and is the right of every American. Exemplar is against oppression, intolerance, bigotry, viewpoint discrimination, and ideological racism.   Given the recent unfettered and indiscriminate censorship of Free Speech by several large and powerful entities, we strongly felt the need to speak out against these actions. Standing up for Free Speech is about standing against oppression in any form, a value we remember advocating for as a country through the Civil Rights movement.  Viewpoint discrimination and ideological racism is causing platforms to silence voices of good people. That is not right.  More than ever, we need all voices to be heard and not be silenced by any power be it corporate or government.

As a progressive organization, we pride ourselves on inclusiveness, tolerance and acceptance at every level, and will not support those entities that try to silence others. We have suspended our Facebook and Twitter campaigns and indefinitely paused Google and YouTube advertising spend. We are evaluating many of the other options available and will have a presence in the coming days.  We encourage activism at all levels as conscious capitalism demands that we speak up, and lift companies up that share our values, particularly the most precious ones that hold up our democracy.   We invite you to join us in committing to spend our marketing dollars and presence on platforms that embrace these values.

We invite other small business owners and entrepreneurs to make your voice heard by joining Free Speech Community and commit to stop advertising and spending with those companies that are intolerant of opposing ideological views and suppressing speech. Collectively we can make a difference. Learn more and connect with us to help your voice be heard: Free Speech Community 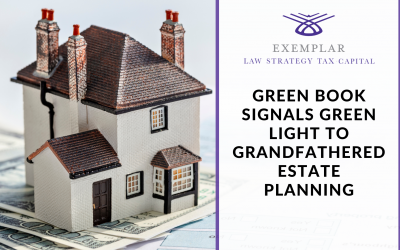 Clients should be able to take proactive steps without worrying about retroactive provisions. James G. Blase | Jun 14, 2021 As most planners are now aware, U.S. Sens. Bernie Sanders, Chris Van Hollen and others have introduced tax bills in the Senate this year, which... 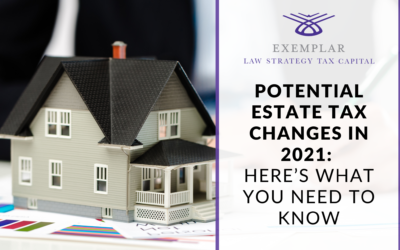 Estate Planning: Potential Estate Tax Changes In 2021 Here’s What You Need to Know Estate planning has become a very hot topic lately, but most people think estate planning is for the uber wealthy. However, the  estate tax benefits may revert back to lower levels...

Compensation is a vital part of human resource management, which helps in encouraging the employees and improving organizational effectiveness. The compensation methods offered to a company's employees is essential not only because it costs money, but because it is...