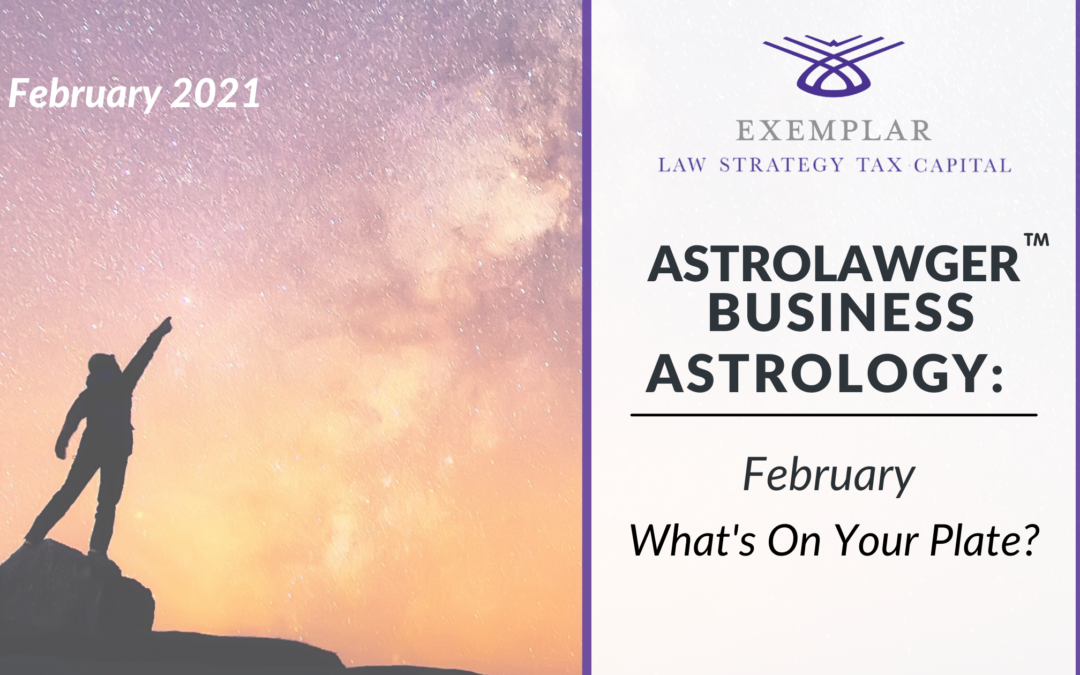 In February 2021, seven (7) planetary bodies (Sun, Moon, Venus, Mercury, Jupiter, Saturn, and Pallas) are joining together in the sign of Aquarius for the first 18 days (roughly) of the month. The clustering of so many planets/bodies in one sign (aka a “stellium”) is generally quite rare. That kind of stellium inside a sign in which, only weeks before, occurred a very special Saturn-Jupiter conjunction, is even more rare. The fact that conjunction occurred on the Winter Solstice makes it even rarer. The fact that it occurred at 0 degrees of Aquarius—even rarer still.

Setting aside calculations of the incidence of such clusters and the super-infrequency of so many unusual, distinguishing astro-characteristics, we might simply grok the sheer power these events represent, concentrated as they were in the highly altruistic, egalitarian, forward-looking, inventive, idealist sign of Aquarius. A sign which, as I just alluded to, recently witnessed the beginning of an 800-year cycle* in its domain.

The proximity of the February Aquarian grand stellium to the Jupiter-Saturn Aquarian Conjunction imbues the latter event (which occurred on 12/21/20) with an unusual intensity of purpose(s) and a storehouse of power. We can expect this stellium to shape, color and influence events over the next two decades, at the end of which Saturn and Jupiter will conjunct again (this time at 18 degrees of Libra).

So what are the aspects and transits of this grand stellium? We’ll take a look at them in brief.

Sun in Aquarius Square Mars in Taurus (2/1/21). The Sun (the Self, the body, the ego) in Aquarius tensely aspects Mars (aggression, action, passion, drive) in Taurus (money, possessions, luxuries, pleasures, love, the material world). Watch for tyrants and hotheads, stay cool and calm. Ego conflicts and erratic or unjustified aggression and assertions of power and dominance are likely, as are overreaction to such aggression and assertions.

Venus-Jupiter Conjunction (2/11/21). Generally, this is a lucky and auspicious transit, indicating abundance, love and pleasure.  Watch out for unjustified optimism, excessive spending, idleness, over-indulgence, Financial endeavors and projects launched under this influence are likely to be profitable. Camaraderie and goodwill are high. Creativity and the ability to artistically convey ideals and beneficial visions is amplified.

New Moon (2/11/21). Occurring just hours after the Jupiter-Venus conjunction, and less than a week before the Saturn-Uranus square (on 2/17), this new moon has three notable flavors: one, love, pleasure and beauty are enhanced by Jupiter’s expansive, energetic embrace; two, the Saturn-Uranus discord between the competing principles of order and originality, conformity and rebellion, is audible; and three, action-oriented, passionate Mars (in loving, sensual Taurus) harmonizes with dreamy, intuitive, creative Neptune in spiritual, artistic Pisces. This new moon aligns with Aquarian fixed star Sadalsuud, called Lucida Fortunæ Fortunarum, or “the brightest luck of lucks!”

Mercury-Venus Conjunction (2/13/21). Expressions of love, pleasure, beauty and values are facilitated and supported. Artistic and creative skills are enhanced. Negotiations are favorable because of graceful communications; shopping and trading are supported because of enhanced perception of value and bargains. Peaceful resolutions and dispute settlements are supported, as are new friendships and social interactions. Asking for favors or romantic advances are supported. Improving troubled relations is possible and repairing or renewing friendships are favored as well.

Mercury-Jupiter Conjunction (2/14/21). Communication and thinking are expansive, optimistic and fortunate. Powers of persuasion are strong.

Saturn in Aquarius Square Uranus in Taurus (2/17/21). Saturn (in liberal, forward looking Aquarius), the planet of order, rules and tradition clashes with the rebellious, individualistic Uranus (in conservative, fixed sign Taurus). Originality and spontaneity collide with rules and stability. This exact square is the first of three (3) that will occur in 2021, reflecting a planetary dance which promises many surprises, leaps forward, new inventions, and exciting innovations, especially in the Taurean fields of influence (money, markets, property, values, self-esteem) and Aquarian matters (technology, invention, community, equality). Expect these advances and watershed moments to carry the flavor of the rebel-versus-the-authorities, the outsider-versus-the-system, or the champion-of-the-people. Key dates to watch are the 2-4 week periods set around the exact squares on February 17 (at 7 degrees), June 14 (at 13 degrees), and December 24, 2021 (at 5 degrees). See the article A Lightning-Storm of Innovation and Liberation: The 2021 Saturn-Uranus Triple Square  for an extended discussion and analysis.

For more information and analysis about the February astrological phenomena, please read the February AstroLAWger Bulletin.

* Astro-geeks might be quick to point out this cycle actually began in 1980 (in Libra), and was only interrupted by the 2000 Jupiter-Saturn conjunction in Taurus. They would be right; nonetheless the remainder of this 200 year cycle will occur exclusively in Air signs without further devolutions into the Earth element signs. 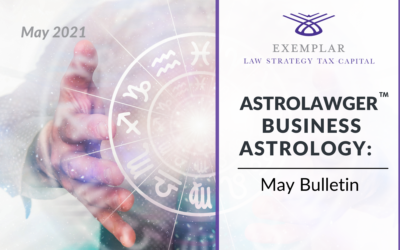 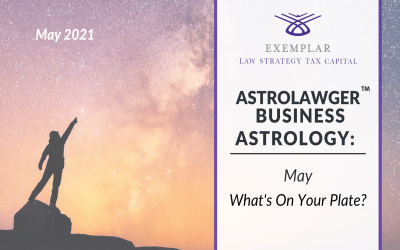 Business Astrology May: What’s on Your Plate?

What’s On Your Plate This Month? May AstroLAWger Blog Entry May is another astrologically intense, high-impact month that sees a powerful Blood Moon Lunar Eclipse, a complicated Mercury Retrograde, and a Saturn retrograde. Overall, this is a forward-looking,... 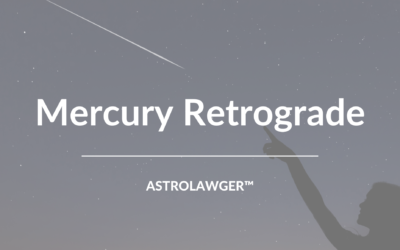 AstroLAWger tools and information help you navigate the astrological weather and empower you by identifying favorable astrological conditions that will assist you in reaching your business and career goals. Join our community below.